A year is coming to the end so it’s time to make a review. Considering the fact that I didn’t have this blog earlier, I think it’s appropriate to review all the years of the development.

So how did it begin? The main page says that I’m developing Ostriv since 2014. But it’s not actually the time when the story begins.

Once while playing Half-Life somewhere in 2003, I accidentally noticed, that the game universe actually consists of some kind of planes (polygons, as it later turned out), and I started to look at games differently. I think this look behind the curtains determined my life for next decades. I studied everything I could find about Half-Life modding and experimented a lot. I still have one of those maps. It gives some funny nostalgic feelings: 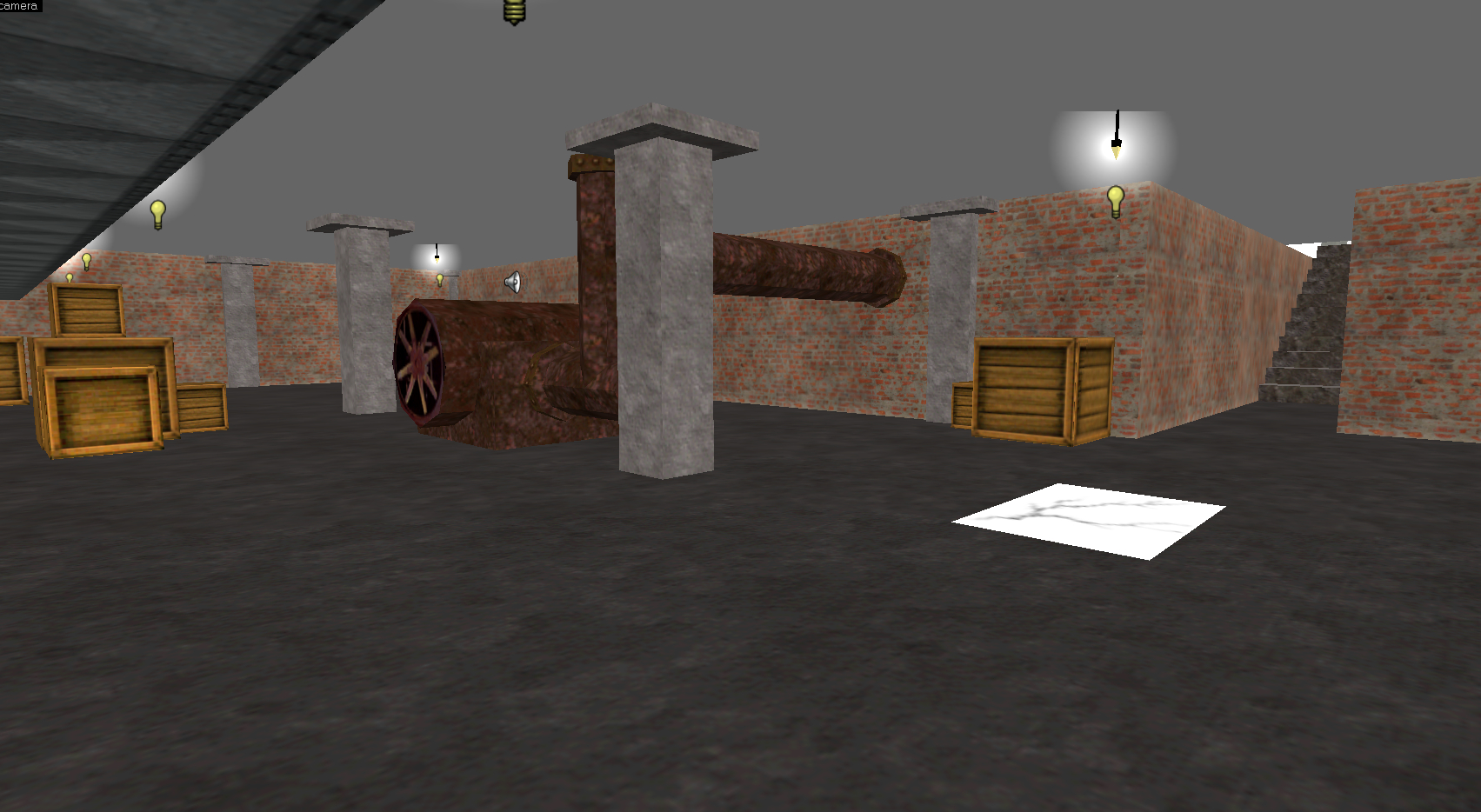 Later on, it turned out that there’s C++ sources of Half-Life available for modders. Of course I started learning C++.

In the course of next years my desire to make a mod evolved to desire to make a complete game. Increasingly more complex and perfected. Frankly it was planned to be a ААА-game. And of course it had to be about post-apocalypse. . I don’t know what I was expecting, but subsequently it became obvious, that I’m not going to finish a project of this scale before next couple of decades.

But I have to admit, that those years wasn’t a waste of time. I gained a lot of experience working with 3D graphics and collected some of my own technology. Including the model editor, in which I’m currently making all the models for Ostriv: 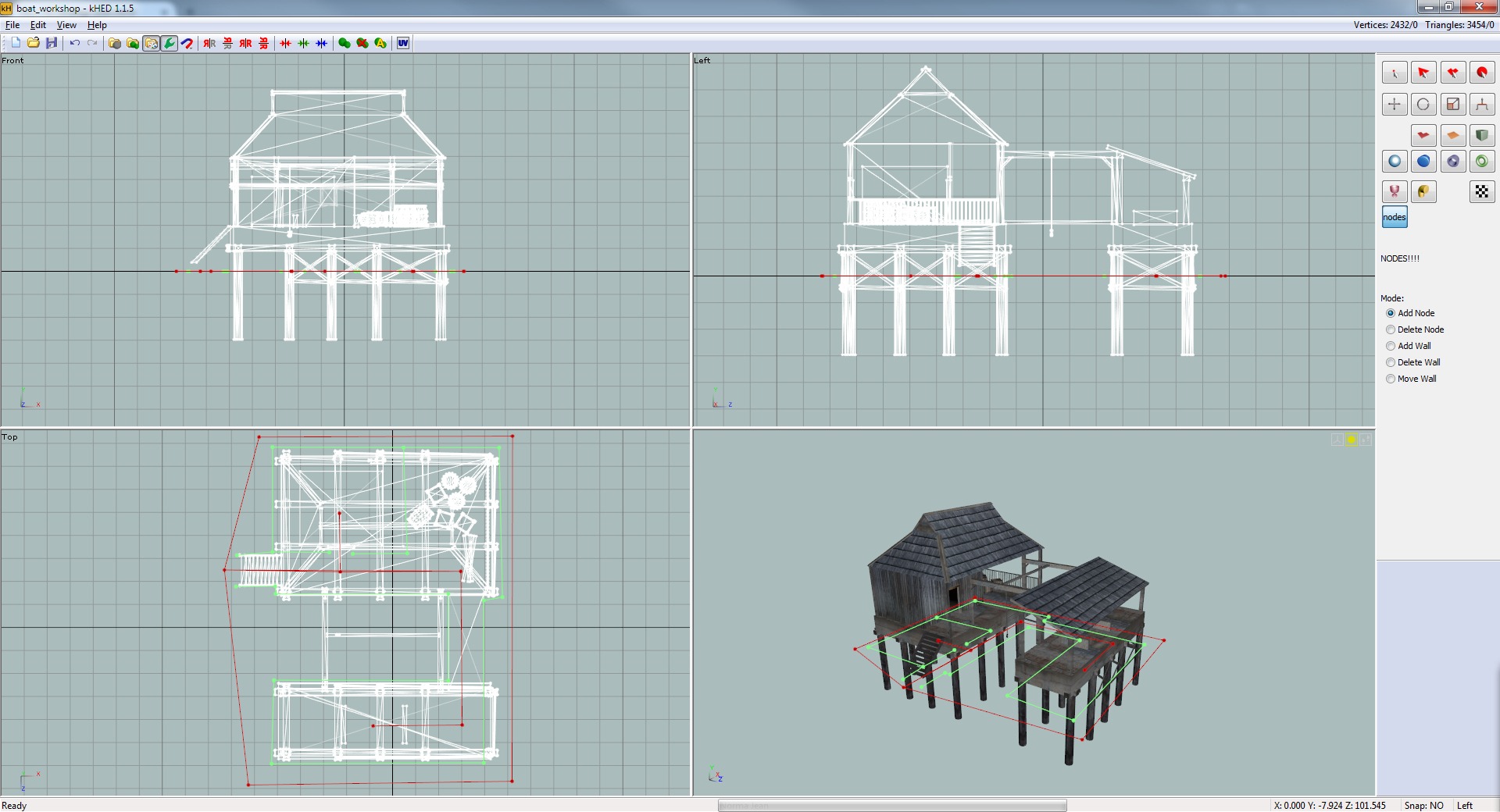 It was advisable to start working on something simpler, that could be completed much sooner. Luckily that time I came across the game named Banished, which was also made by one man. By the way I would highly recommend his blog to all the developers. This game reminded me about my old city-building passion in CaesarIII and Pharaoh, where I spent a couple of hundreds of hours back then, and gave me back the faith that one man can actually do something worthy.

So in spring of 2014 the development of a new game started. Back then it had just a working title strategy.exe, and here’s how it looked: 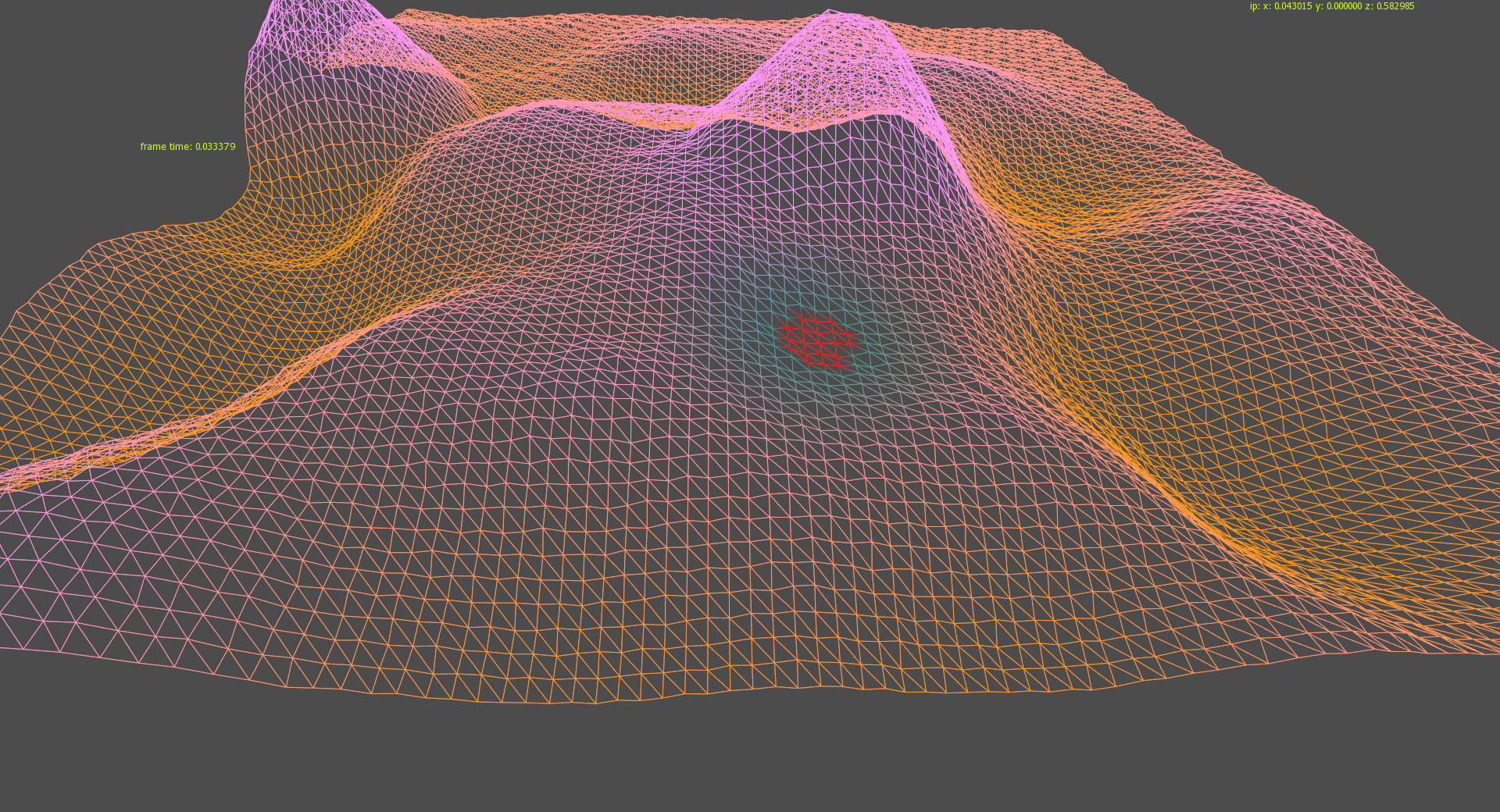 It was tough times for all the Ukrainians, because the very existence of our country was called into question. Of course such circumstances affected the choice of my future project. This game was a kind of parallel universe where ruled the development and construction, not destruction and death that we saw every time reading news.

The game atmosphere is based upon subtle things, hidden between the lines of Ukrainian history. It based upon endeavors of the nation, that never came to life. In this parallel world there’s no oppression and the culture I care about is not being destroyed.

This is how my first attempts to develop the style looked like:

Things went really slow, but a lot of ideas and references have been collected. By the end of 2015 the game looked like this: 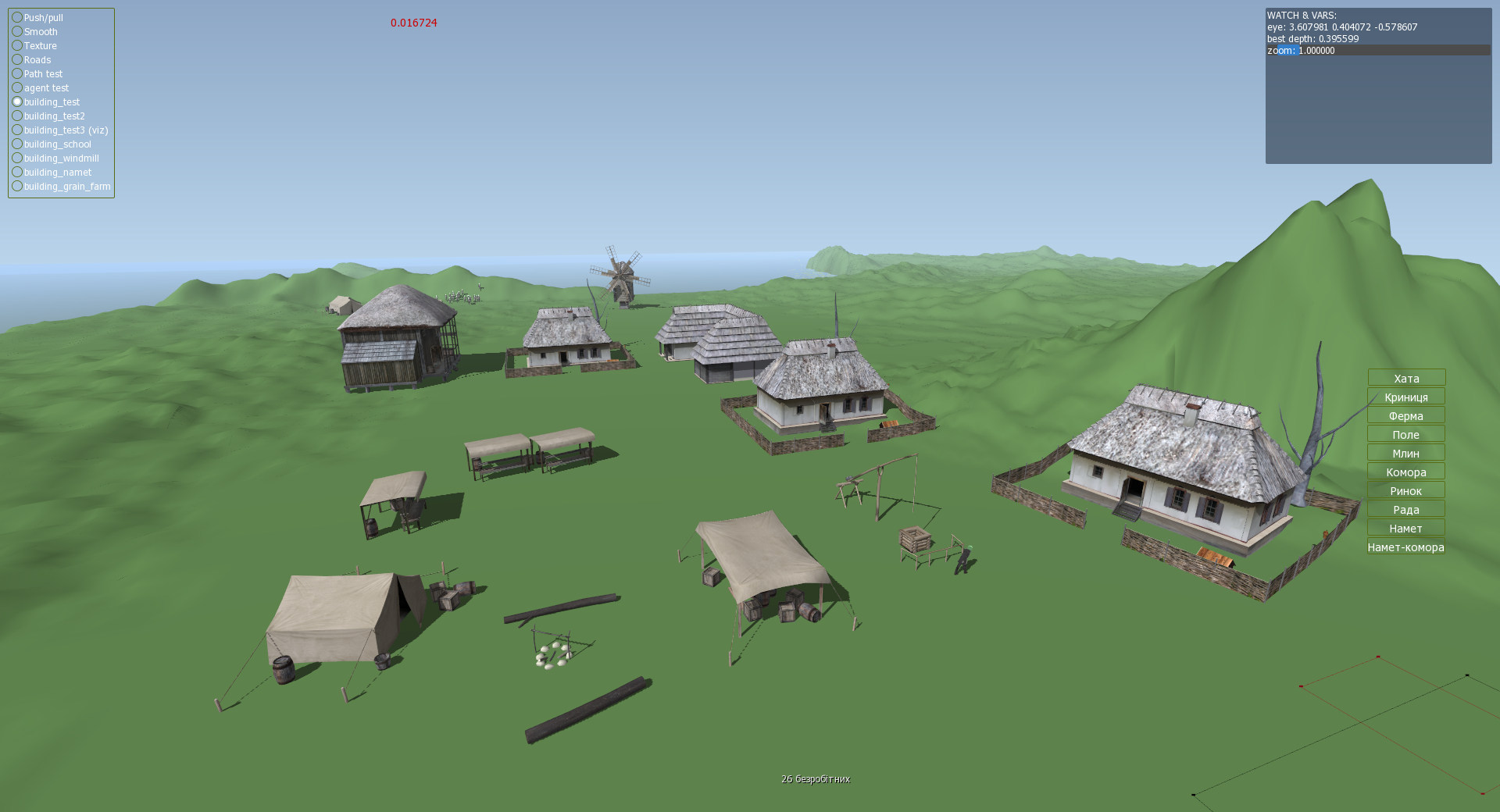 But the last year was really fantastic in terms of productivity: 80% of records to my log have been added in just 2016 year. The secret is that I invented a suitable planning system, that leaves no space for stagnation. At the end of each month I create a list of big tasks for the next month. I set tasks in such an order that no similar task would be consecutive. But the planning costs nothing if it’s not spectacular. So I created a tool using java-script, that makes it really enjoyable to mark completed tasks:

This year I’ve added real citizens and their animation; agriculture and production chains; pathfinding for both water and land; a unique grass trampling system; numerous building models; detailed seasons change, that is also unique in it’s way. And a lot more.

I started this project as “something simpler”, but my perfectionism requires more and more. Now, from simple thing it became a desire to create the best city-builder of all time. The problem is that I still don’t see any reasons to refuse.

So this is how Ostriv looks at this moment: 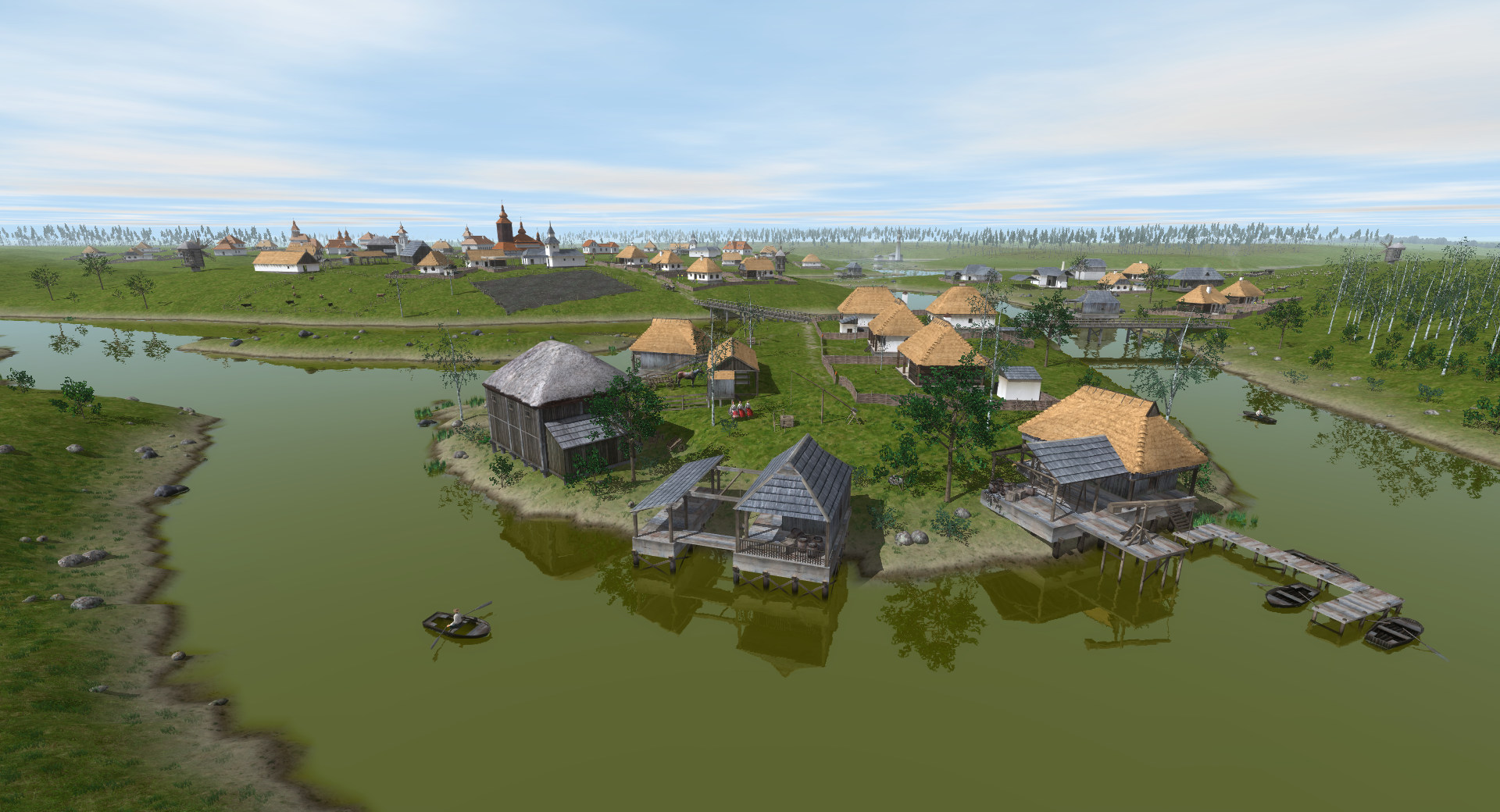 But this is still far from the end. I have planned a lot of good surprises for 2017, so follow the news. Don’t forget to show some love to my Facebook and Twitter pages!